"Why clutter a perfectly bad melodrama with logic and plausibility?" If you're a mystery reader and a fan of "so bad it's good," then Gun In Cheek is the book for you. It's pretty much MST3K (Mystery Science Theater 3000) for detective fiction. As any mystery reader knows, mysteries are extremely formulaic, with a special formula for each subgenre, from classic golden-age to cozy to gothic to hardboiled to spy fiction. With a good mystery, the formula is satisfying and any deviations are intriguing. With bad mysteries, the results can be utterly hilarious. Pronzini has coined a great term for these wonderfully terrible works: "alternative classic." Given that this book was first published before I was born, he invented the phrase long before "alternative facts" came along.

So what makes a good "alternative classic"? Part of it is the writing. Some of my favourites, starting with one from the editor himself:

"When would this phantasmagoria that was all too real reality end? He asked himself."
Bill Pronzini, The Stalker

"Her hips were beautifully arched and her breasts were like proud flags waving triumphantly. She carried them high and mighty."
Ed Noon, The Case of the Violent Virgin

"A hint of excitement hovered around Miss Kane, looking well in an afternoon frock and explaining that she had obtained a weekend leave and was looking forward to the party."
R.A.J. Walling, The Corpse Without a Clue

"All in the same motion, he snap-kicked the man in the right armpit! The knife clattered to the floor as Mace finished the slob off with a mule-kick to his scrotum. Looking like a goof who had just discovered that ice-cream cones are hollow, the man sagged to the floor."
Joseph Rosenberger, Kung Fu: The Year of the Tiger

"The old woman's breasts were balanced over her folded hands like the loaded scales of justice waiting for her final judgment."
Leslie Paige, Queen of Hearts

"Hope flared in her dark eyes as she grabbed the rope I had tossed to her drowning brain."
Naked Villainy, Carl G. Hodges

And consider this eloquent bit of dialogue:

"'Dan Turner squalling,' I yeeped. 'Flag your diapers to Sylvia Hempstead's igloo. There's been a croaking.'"
Robert Leslie Bellem, "Come Die for Me"

Attempts at introspection are also a great way to achieve an alternative classic. Take this epic bit of impending doom:

"When it had settled itself, unperceived, in its lurking place--the Hand stole out again--closed the window-door, re-locked it.
Hand or claw? Hand of man or woman or paw of beast? In the name of God--whose hand?"
Mary Roberts Rinehart, The Bat

And how's this for the start of a gothic?

"I know now that there must have been a touch of madness in me that raw October night as I went to Cemetery Key and the house of horror known as Stormhaven."
Jennifer Hale, Stormhaven

And there's a special way for detective fiction to achieve Alternative Classic status: the mysteries themselves. Sometimes it's a convoluted, incoherent mystery with a climax disturbingly similar to: 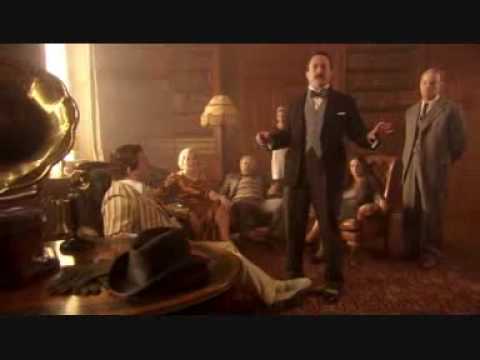 From bugged belly-buttons to murder by fire-extinguisher-nozzle-foam-in-ear to murder by embarrassment, there is an impressive variety of ridiculous creativity in the collection. I can't decide whether I prefer the man who becomes an evil avenger because he's so upset he went bald or the archaeologist who went bald and now wanders around in gloopy mud. There are the Death Rays, and Giant V-Rays, and "Crime Rays," and probably a few other rays I forgot about. (And yes, here's the obligatory M&W sketch.) 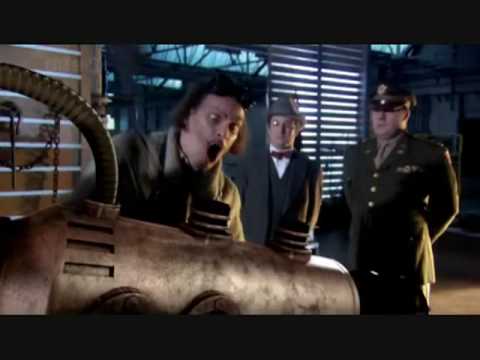 There are "blood-sucking, man-eating" bushes, a man born with the head of a wolf, and a half-spider half-octopus monster called the Red Crawl which turns out (naturally) to be a man in a costume and a mask. There are vampires who, when unmasked, prove to be costumed people complete with a vampire bat that is actually a "tiny monoplane" whose engine is "fitted with a silencer" that flies around "with the wheels tucked up inside the fuselage." But my favourite has to be the octopi. There are actually multiple stories involving a death-pit of octopi, which, we are told, are

"The world's most awful bundle of awfulness, a writhing, squirming mass of hell-fury, attaching itself to its victim with four hundred vacuum cups on its eight snaky legs [...] in short, it is the monster-supreme of earth or sea or Hell."

Tom Roan, The Dragon Strikes Back

I thoroughly enjoyed the book, but I will say that I'm not sure Pronzini necessarily gives the writers credit. While it made them no less entertaining to read, quite a few of the stories struck me as intentional parody, such as Joseph Rosenberger's confrontation in a warehouse filled with "Musical Panda Dolls" between the protagonist--named the Death Merchant--and a killer. I thoroughly enjoyed it all, but I did read it in small doses-- you can only take so much "alternative classic" at a time. If any of this sounded entertaining to you, I can promise that Gun in Cheek has more where it came from. Take the opportunity to savor, down to the last bugged belly-button and twenty-pound attack octopi.

~~I received this ebook through Netgalley from the publisher, Dover Publications, in exchange for my honest review. Thanks!~~