"We cannot transcend our past without confronting it." The Blood of Emmett Till

"How do you give a crash course in hatred to a boy who has only known love?"
-- Mamie Till, mother of Emmett Till 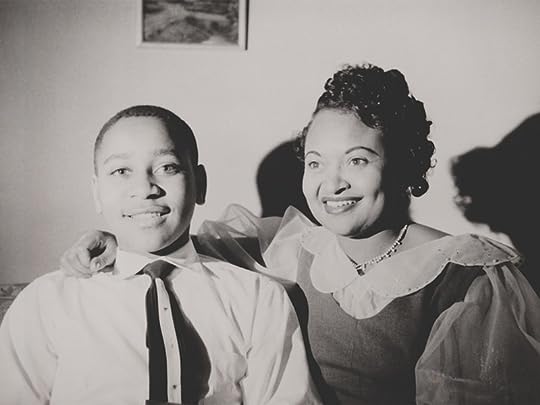 Emmett Till. The boy whose lynching galvanized a global movement. Right now, the media seems to be afire with one of the revelations of this book: that Carolyn Bryant has finally admitted that she lied and that Emmett Till never accosted her. Other than her admission, that's not exactly a surprise. So what is the story of Emmett Till? While on a trip to Mississippi from his home in Chicago, he stopped in at Carolyn Bryant's store and bought candy from her. He may have said something pert to her. He may have put the money directly in her hand--physical contact, a taboo in Mississippi--rather than leaving it on the counter. He wolf whistled when she ran out after him in a fury to get the gun out of her car. JW Milam and Roy Bryant, Carolyn Bryant's husband and brother-in-law,pulled Emmett Till from his house, beat and whipped him for hours until his face and body were pulp, shot him in the head, tied his body with wire to a 74-pound industrial fan, and threw it into the Tallahatchie River.

Here are the murderers, celebrating as they escape justice: 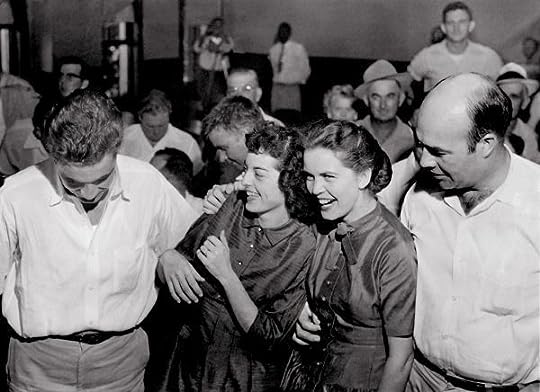 Before she changed her story to attempted rape to provide an indefensible defense for a lynch mob, Bryant originally said only that Till "insulted" her. When her husband and brother-in-law came to lynch Emmett, they demanded that the family produce the boy who had done the "smart talk." This pretense of the "mystery" of Emmett Till's case is and always has been utterly fatuous. As Carolyn Bryant herself said,

"Nothing that boy did could ever justify what happened to him."

The story of Emmett Till is so short, so heartbreaking. But the story of what comes after is both terrible and uplifting, and Timothy Tyson does the story justice. He starts by laying out the political backdrop, a necessary step to explain the meaning of Emmett Till's death to his killers and to those who mourned him. Emmett Till was not a naif to the world of bigotry and racism. Chicago was one of the most racially divided cities in America, and throughout his childhood, guerilla warfare raged over attempted housing desegregation. Dawson and Daley may have given lip service to equality, but they actively maintained segregation because it furthered their political ends. In both Chicago, as in Mississippi, black families kept loaded firearms in close reach, knowing that a lynch mob could burst through the door at any minute.

Mississippi, on the other hand, "outstripped the rest of the nation in virtually every measure of lynching." Vagrancy, a.k.a. "Jobless while Black," was treated as a crime, and through the convict leasing programs, black "criminals" were leased out to plantations as slave labor. To get the ballot, prospective black voters were forced to answer questions like, "Do you want your children to go to school with white children?" or "Are you a member or do you support the NAACP?" Citizens' Councils, white supremacy groups formed in the wake of Brown v Board of Education, terrorized African Americans with "personal visits" and by publishing their names, addresses, and phone numbers in newspapers. As with the present practice of doxxing, lynch mobs were never far behind. And it worked. As Tyson notes, "In the seven counties with a population more than 60 percent black, African Americans cast a combined total of two votes in 1954."

Citizens' councils were obsessed with maintaining white supremacy in the face of the federal government's decrees, and for them, as Tyson puts it, "The unsullied Southern white woman became the most important symbol of white male superiority." Emmett's death was, for his murderers, about keeping African-Americans in their place, and fearmongers used the "the old song of the Bruised Southern Lily and the Black Beast Rapist" to whip whites into hysterical furor. As J.W. Milam, one of Till's murderer's, put it:

"As long as I live and can do anything about it, n** are going to stay in their place. N** ain't gonna vote where I live. If they did, they'd control the government. They ain't gonna go to school with my kids. And when a n** even gets close to mentioning sex with a white woman, he's tired o' livin'. I'm likely to kill him."

Interviews showed later that none of the jurors ever doubted that Milam and Bryant were guilty, but they simply didn't consider the murder of a black boy who insulted a white woman to be a crime.

Emmett's death came after a host of assassinations of various civil rights leaders whose murders were treated as "accidents." Despite the coroner's verdict, the mutilations, the bullet, the fan hog-tied to the body, the local newspapers still termed the death an "odd accident" and Sheriff Shelton claimed that the bullet fragments were "most likely filings from his teeth" and put about the theory that the whole case was a fake concocted by the NAACP. If it hadn't been for Mamie Till, Emmett's death would have been just another lynching. But her strength and determination and courage transformed his death into "a watershed historical moment." As she said,

"I took the privacy of my own grief and turned it into a public issue, a political issue, one which set in motion the dynamic force that ultimately led to a generation of social and legal progress for this country." 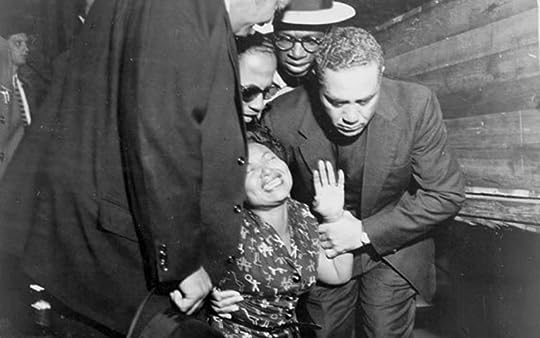 The Blood of Emmett Till is an exceptional work. Not only does it bring humanity to the major players; it also vividly details the political and cultural backdrop and the global movement that Mamie Till and her allies galvanized. The writing and story are so compelling that I found myself racing through it like a thriller, even though I knew the outcome. Tyson captures the pathos, but also the hope, the bravery, the valiant actions of the witnesses who, like Moses Wright, stood in front of a white court and accused a white man. 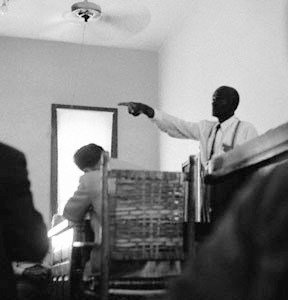 If you want a better understanding of racism and the Civil Rights movement, add The Blood of Emmett Till to your list. I'll leave you with a quote:

"That we blame the murderous pack is not the problem; even the idea that we can blame the black boy is not so much the problem, though it is absurd. The problem is why we blame them: we do so to avoid seeing that the lynching of Emmett Till was caused by the nature and history of America itself and by a social system that has changed over the decades, but not so much as we pretend.

[...]
Ask yourself whether America's predicament is really so different now.

[...]
We are still killing black youth because we have not yet killed white supremacy." 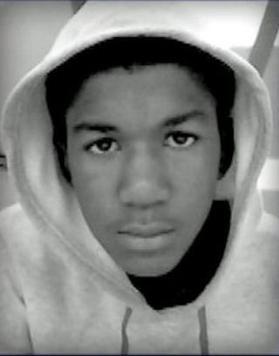 ~~I received this ebook through Netgalley from Simon & Schuster in exchange for my honest review. Quotes were taken from an advanced reader copy and while they may not reflect the final phrasing, I believe they speak to the spirit of the book as a whole.~~